~ 30 Rotary Clubs and 31 Rotaract & Interact Clubs participated in the event. Event started at Mahatma Gandhi Statue near Cubbon Park where Polio Aprons & Caps were distributed along with the banners to sponsored Rotary Clubs. Event was flagged off at 7:15 AM by releasing End Polio Now and End Measles & Rubella Balloons.

~ A Total distance of 3.5 kms was covered by around 1000 participants with the shout outs of End Polio Now and End Measles & Rubella. The event concluded in Cubbon Park where all the participants were provided with Breakfast & Certificates.

~ We hope that this Awareness Walkathon has made everyone involve & much aware about these dreaded diseases. Hope to see good participation in coming NID Camps. 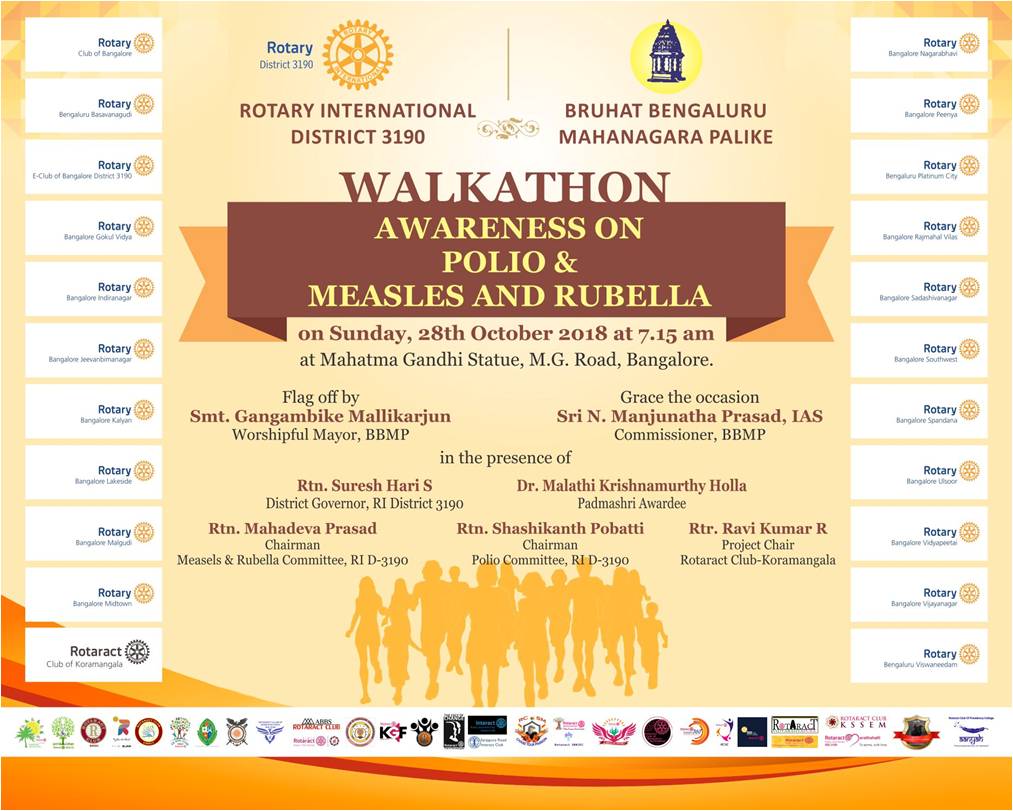 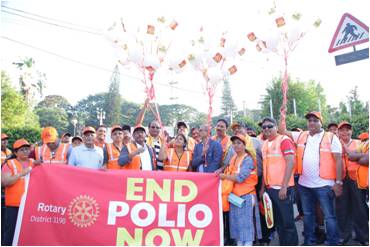