~ World Suicide Prevention day (WSPD) is an awareness day observed on 10 September every year, in order to provide worldwide commitment and action to prevent suicides - since 2003.

~ We had Digital Campaign to create awareness for suicide. The major cause of suicide is depression.

~ Rtr. Syed had taken initiative and prepared a set of images with quote for all the members with customized details. -

~ “ My Door is always open, any of you who needs to chat are always welcome. Its no good to suffer in silence. Give me a call, come to my house, talk to me. We can go have dinner & Most importantly , I have time and I will always lend a hand for support and be all ears to your problems. Depression is no myth, it is naturals and normal … Lets speak, lets fight suicide !! Live and let live!!"

~ Overall we our team had received very good response and feedback given from lot of peoples – saving a life is one of the biggest milestone for us. 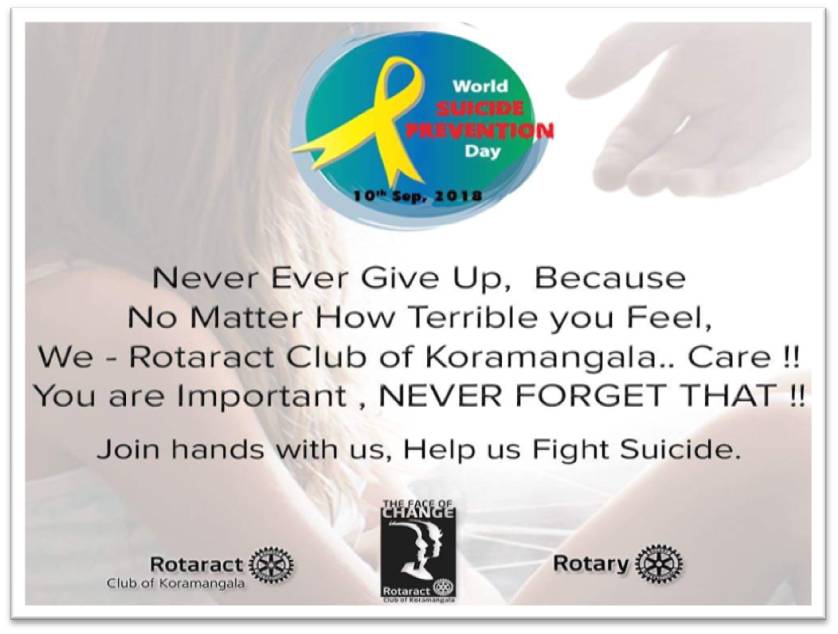 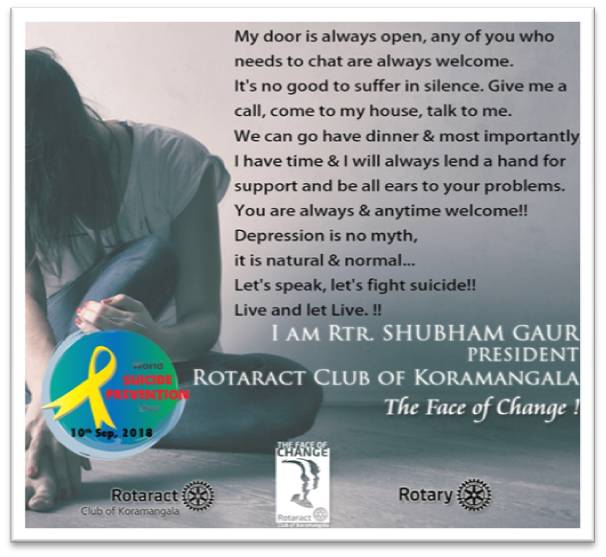 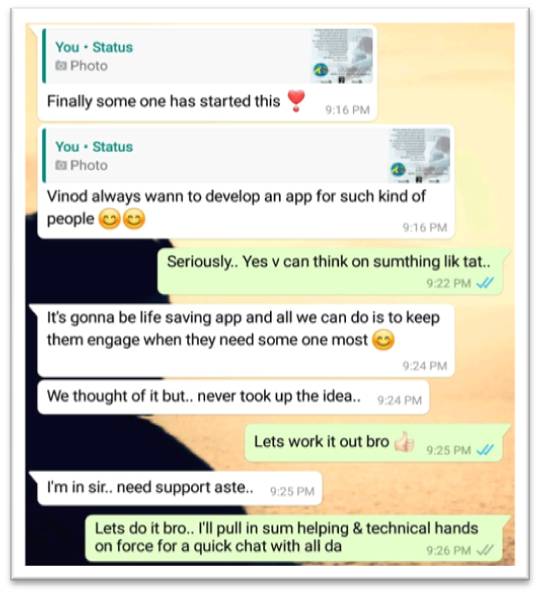 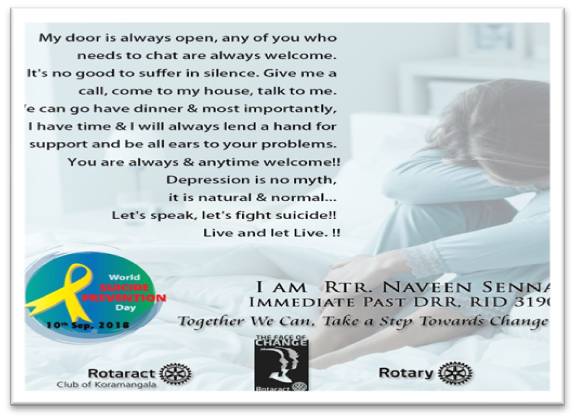 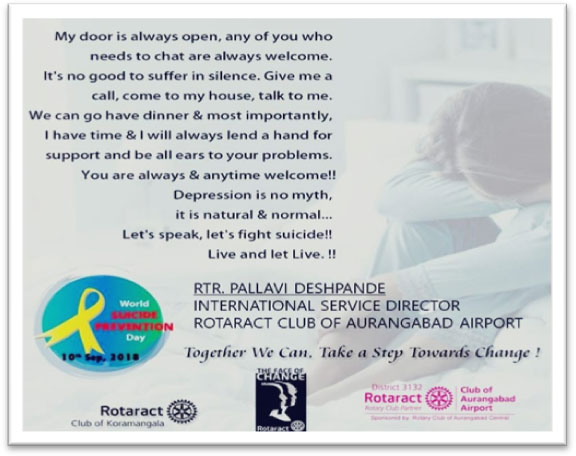