A *Quarantine Club Service initiative* organized to ensure that members spend good time getting to know each other despite this lockdown. 🤗

🎞️ The members were asked to choose their favorite characters from a list of Hollywood, Bollywood or Cartoons and were divided into _Team A and Team B_. 🤡🦸🏻‍♂️🧚🏻‍♀️

🎞️ There were *Three Activities* on the agenda- 🤹🏻‍♂️

➖ _How they spent their Lockdown_ 🔒

The opposite team had to guess the character based on their performance and they were scored accordingly. 🤪

The objective of the game was to guess which character the opposite team member is. _Each team could ask a maximum of 13 Yes/No/Maybe Questions_ 🤔🙃

A modified version of 'Snake & Ladders' which had names of our members and their chosen characters on the boxes.

The opposite team had to either perform tasks or answer questions related to the member to proceed forward. 🤩

🎞️ Congratulations to all the winners! 🥳

We hope that all the members had a blast and also got to know each other better._ 🥳🤗 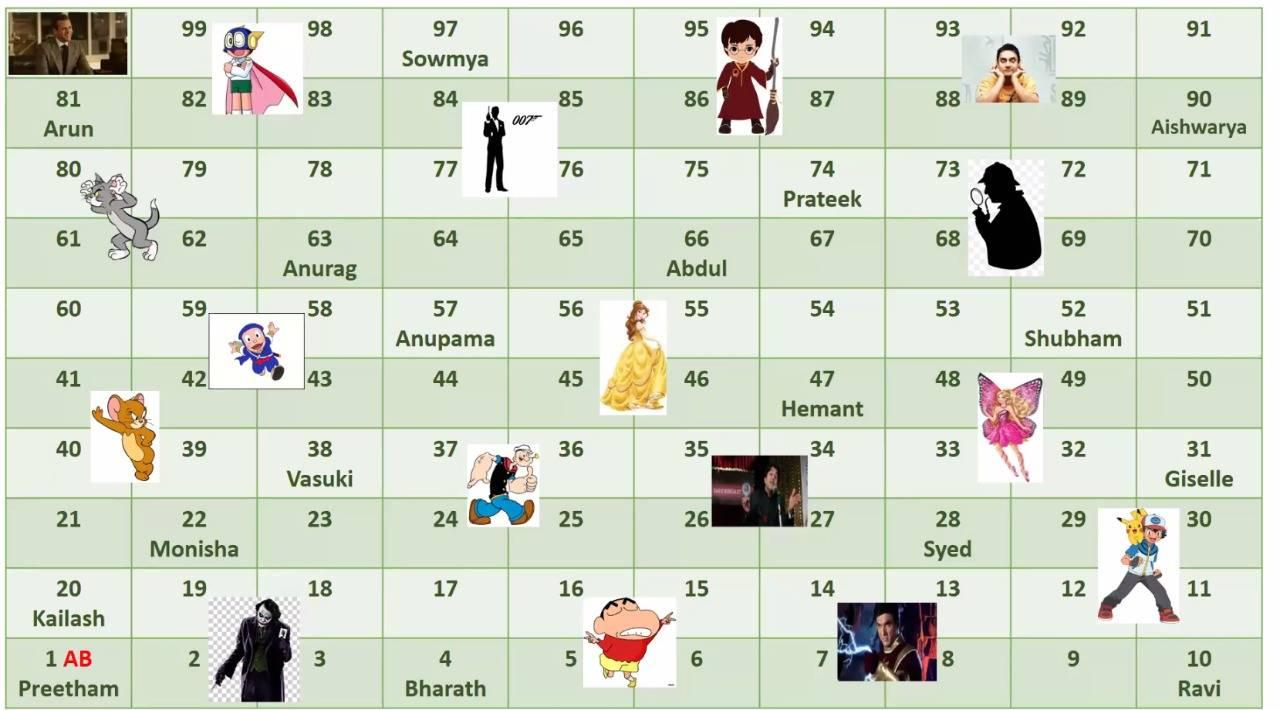