~ On the 10th of January, 2015, the Rotaract Club of Koramangala hosted the IDYE team from Nepal. We first took them for a scrumptious meal of Pizza at the infamous Dominoes in Koramangala. Although we had to rush them quite a bit to gulp it down due to a project at 3 at St. John’s Hospital. The 5 members of the team joined Compassionate clowns and the members of RCK for an hour, entertaining children at the general wards at the hospital. It was a one of a kind experience for the whole team as we dressed them up and gave them the red noses and paint job to make them feel like true clowns. Post the clowning, we all gathered for a round of introduction and feedback about our experiences. It was touching to hear some of the accounts of the IDYE team who not only enjoyed it, but also were moved by the responses of the kids towards them. It was a proud moment indeed when they all appreciated Rtr. Harish Bhuvan and team for their initiative and vowed to get the module and take back the idea to their respective clubs.

~ We then proceeded to Atta Galatta, where we were joined by the team from RC Loyola Community. It was wonderful to see so many people from different cultures, interacting. The members were all asked to write a letter to someone, appreciating them or well just about anything.., and for it to be posted later. This wonderful concept that is regularly an event at Atta galatta was well received by all members as they enthusiastically participated and wrote letters on colourful sheets of paper. We then proceeded for the next project which was our ongoing PROJECT ECO BAG as they assisted us in donating over 500 eco-friendly bags to bakeries nearby. After a fun photo session, we zoomed or rather crawled through Bangalore traffic at a snail’s pace to drop them off with RC Jayanagar. 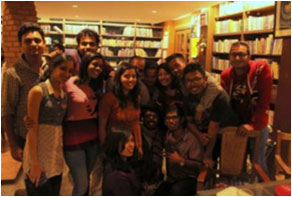 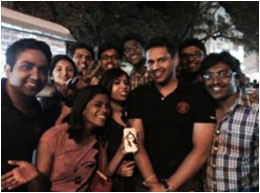