To build a good rapport between members

~ A Club Outing was conducted for the new incoming members so that they can get to know each other and get familiar with the existing members. Few fun games like treasure hunt were organized and all participated with great enthusiasm. Members were asked to get pictures of them kissing a tree, to get pictures with old people, to get a 25ps coin, to get a picture of a vehicle parked in No Parking area. Though it was great fun, it also acted as ice breaker which resulted in members becoming friends and building a good rapport with each other. By the time of departure, the Moto of the event to make new members feel at home was achieved. 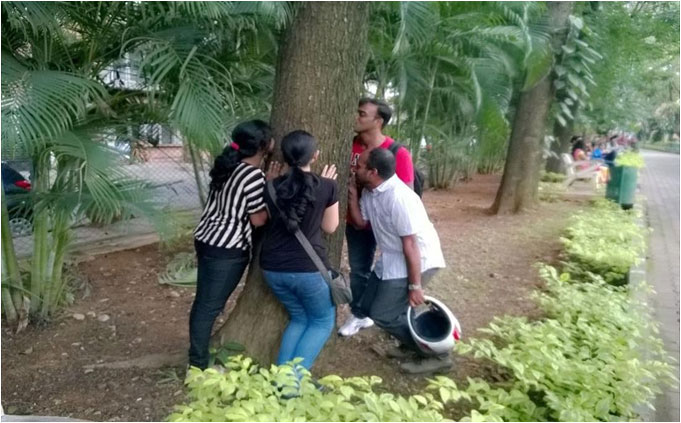